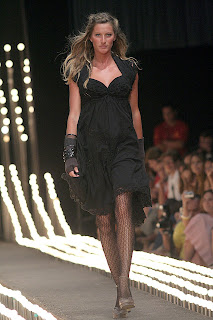 In 1997, I had the following conversation with a friend-who-shall-not-be-named. Let's call him Bob. We were at a funeral, walking away from the grave site.

Cathy: "Really? I'm not so sure about that." I had nine desktops at home. I did not like what he said.

Bob: "When have I ever led you wrong?"

Cathy, thinking: "Never, at least not that I can remember."

Bob was (and still is) brilliant: freakishly brilliant and funny. He looks like a tall version of John Stewart. He also has Stewart's wicked sharp wit. Heaven forbid the two of them are ever in the same room.

Bob worked on 3D printers for the masses 20 years ago when the printers were 100% dream and vision. Bob helped design the first car airbags. When driving around town with Bob, he is prone to pointing out the various parts in elevators, building security systems, so much infrastructure that contains some of his code. And this knowledgeable, savvy Bob says, "Desktops are dead". Grr.

When I hear Jim Zemlin say "___ is the Year of the Linux Desktop" I think of Bob.

When we at ZaReason design and launch a new desktop that rocks the previous model, I think of Bob.

I now officially declare this is the first time Bob was wrong. Wrong, dead wrong.

See, the general purpose computer, the classic desktop is the last refuge of free and open source code. It is one of the few places that hasn't been locked down by device-specific limitations and if ZaReason can grow strong enough, fast enough, general purpose computing will be very much a part of our future. Who else is going to bother shipping old school desktops when there are tablets and 3D phones to distract us?

The realization of why the general purpose computer is so vital to our future success and freedom comes from Cory Doctorow, ironically. He is a sci fi writer. Shouldn't he be talking about implanted chips and robotic body parts? No, he is talking about desktops such as the Ion Breeze 5660 or the Limbo 6000A.

The best thing to watch tonight. You will thank me tomorrow:

They are the little black dress of computing.

Bob, you were wrong. Now, I am going to go check with the shipping guys to make sure they are packing today's desktops with extreme care so these machines can last for many years to come.

Where, O, Where Has My Netbook Gone?

I got another email today asking about our MIA Netbooks:

"I was looking at the netbooks, but you haven't offered them in awhile.
Maybe it's the market shift toward tablets and away from netbooks.
System 76 isn't offering a netbook anymore either, which is another
indication of a market trend beyond just your customer base."

"Actually, it's just that we need to do a bigger run of netbooks this time and it's crazy-expensive to do it right. But, we have been working on it since last October and we have a top-tier OEM, a brilliant new design (which improves daily until the actual day of the run), and literally the first prototype is being shipped today or possibly tomorrow depending on time zone issues. I'm sure people are tired of hearing "soon, soon", but it's the reality of how the process works (unless we keep it behind closed doors and official release dates)."

What I didn't say was that we could have had a line of netbooks for Christmas. Our main technician, Tony, the one who answers the bulk of support emails, has been asked a million times (it feels like it) "When are you getting netbooks in stock?"

The pressure is quite heavy.

We could have had them in stock for Christmas. Any business person would have encouraged us to do so. If we had investors they would have forced us to do so. But, the netbooks we were going to launch for the holidays were only 98% good enough. The touchpad was a bit jumpy. Sentelic, Cypress, and one other I can't remember all make not-good-enough touchpads. We could not get the OEM to use the type of touchpad one we wanted. So, no netbooks. Sorry.

So, we have been working on our netbook line but won't launch until it's fully ready. We are sorry.

Here's the important part --> Our job is to show everyone the awesomeness of Linux. If there's a problem with a computer, people will assume it's Linux, not the computer. Linux gets maligned when hardware builders don't work hard enough to eliminate all potential issues they can possibly eliminate.

If the problem is fixable from a hardware angle, then it's up to us to make sure it is fixed or eliminated before launch. 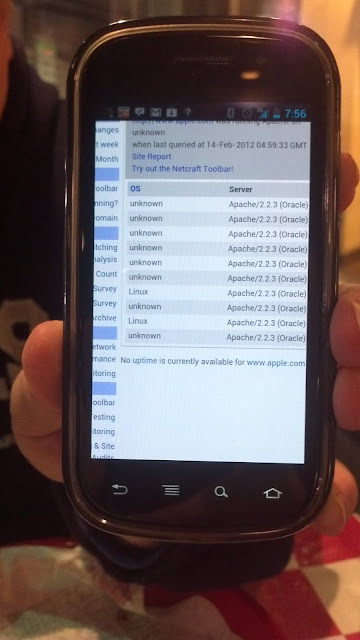 A guy stops us as we are walking to our table. He looks crisp, clean with a Steve Jobs smile. He asks me (a blond lady), “Do you really use Linux?” I am wearing my ultra comfy all black hoody “ZaReason: Building Linux computers so you don't have to.”

My husband says, “Boy, do we know Linux.”

The guy smiles and tells a story about a geeky friend he knew who was “really into Linux.” With his Steve-style smile he says, “I love the concept behind free and open creation of the software. But did it plateau? I haven't hear about it as much lately.” We say we also love the concept behind free and open source software and Linux is alive and thriving.

He is sincerely happy to hear that Linux is doing well. I tell him how the turning point happened a few years ago, about how people who have never used Linux before – people who barely know how to use computers at all – are buying Linux-only computers just for the security and ease of use.

He smiles wide and expresses congratulations. I say the computers “are now so easy. A person can get a new Linux-only computer, plug it in, turn it on and be up and running in a minute or two. It'll sense the printer, sense wifi, everything.” Smiles all the way around.

I ask if the guy uses a Mac. Of course he does. He is dressed like Steve himself. So, I add, “Ubuntu is aiming to be even more beautiful than Apple.” He raises both eyebrows and I can tell he's making a mental note to invest in any Ubuntu-related company. Great conversation.

As my husband and I sit down to dinner, it feels like the perfect Valentine's Day. That public recognition of Linux = good is so delicious, sweet, fulfilling. But the real Valentine's Day present came ten minutes later. As we ate, I had my laptop open working on an article about the Secret Sauce for Building Linux Computers, deep in thought. This gave my husband the brainspace needed to think about what I had said about Linux being better than Apple. We hear this comparison often and I know many who work alongside those who use Apple computers sure are cheering for Ubuntu.

On his phone my husband went to netcraft.com, a site that analyses servers. He found that Apple's webservers are running Apache on Linux.

Apple's site is served up by Apache running on Linux. Perhaps someone already told me this in the past, but this time it really sinks in.

Apple trusts the foundation of it's company to free and open source software.

What a great Valentine's Day.

Posted by Unknown at 7:15 PM No comments: